Bringing stability to a crisis-hit province

In 2008 French company Payan Bertrand began working on the sustainable sourcing of patchouli crops with farmers from the Indonesian province of Aceh, an area previously devastated by civil war and tsunami.

Today that relationship continues to go from strength to strength as Payan Bertrand extends its reach to other areas of Indonesia for the sourcing of other crops particularly nutmeg and vétiver.

In 2005, however, the situation in Aceh was bleak. A 30-year war between local rebels and the Indonesian government had claimed the lives of at least 15,000 while the tsunami of 2004 had killed thousands more.

Then, following a peace accord that ended civil war violence in 2005, Payan Bertrand signed an agreement to begin a programme for the development of Aceh Patchouli.

“Reconstruction will allow this long-suffering people to rediscover their proud heritage and allow again precious patchouli oil to be sourced from the most damaged areas,” said Eric Proal, President of the Grasse-based company that has been sourcing natural ingredients since 1854.

The challenges were considerable. Although 70 per cent of the world’s patchouli oil had been previously produced in Aceh, civil war, natural disaster and a lack of external aid had led to inconsistent quality.

Production had migrated to Java while in Aceh distillation processes were not standardised, supply chains were ad hoc and local prices paid to farmers subject to unpredictable market change. Many farmers found it more lucrative to grow other crops instead.

“Quality was the key aspect,” said Frédéric Badie, the company’s natural ingredients perfumer. “It had been inconsistent as a result of mixing high quality oil with mediocre quality. We offered premium incentives to ensure quality and also trained farmers in quality assurance, pest control and encouraged others to return to patchouli cultivation.”

By providing a stable income as well as credit in some cases, Payan Bertrand encouraged patchouli production and promised to buy the oil at pre-set prices protecting the farmers from market speculation.

The results have been positive. Payan Bertrand can now offer what it describes as “a sophisticated and balanced patchouli product with a unique olfactive character” and more than 500 Aceh farmers can enjoy stable incomes that in turn benefit local communities. 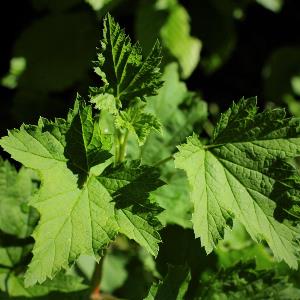