Life can be harsh for the tribal villagers of India’s state of West Bengal. Political uncertainty, tensions caused by insurgency, a brutal barren landscape and the constant threat of famine ensure that in some communities a daily meal can’t be guaranteed, let alone clothes or a sustainable monthly income.

But new hope for a better future is being offered in the form of essential oils distilled from the sustainable cultivation of lemongrass and citronella.

It is a story that dates back to 1992 when Dr Santanu Bhattacharjee, secretary of the non-profit organisation Bengal Rural Welfare Service (BRWS), began development activities to improve the lives of the region’s tribal people.

“It is thanks to his vision and hard work that the cultivation project was initiated,” says BRWS’s Shuvarthi Bhattacharjee today. “It can be difficult to grow crops in parts of this region because the land is so acidic, rocky and water can be scarce.

“But when we founded an acre of test land for around 10 farmers in 2006 in the village of Belpahari located close to the confluence of three states of Eastern India we were able to successfully produce vast quantities of lemon grass and citronella.”

The success of this project has now inspired the cultivation of the crops across more than 20 villages involving over 200 families across three states of eastern India.

From these crops the farmers are able to distil oils and sell them in the nearby major market of Calcutta. Additionally, the crops have been used to create products such as incense sticks, spray scents and tea extracts.

“Communities are coming together regularly, learning from each other and sharing expertise,” says Bhattacharjee. “Finding good land is hard because it is so limited but we have found space for the crops in village gardens and on village waste land.”

The expanded project is still in its infancy but the impact has been considerable. Money has been pumped back into the small community of participants enabling access to education for youngsters, a regular monthly income for growers, work for women that would have normally stayed at home, the possibility of savings and a newfound confidence in working together as a collective.

“Communities have been fractured by insurgency in the past and people were understandably suspicious of this project but now there is renewed hope,” says Bhattacharjee.

“The project has also meant children are able to go to school rather than work and the community has had its eyes opened to the possibilities of a better economic lifestyle.”

Learning about fast-moving economic realities (oil market prices are not fixed), being exposed to the new opportunities of a major city, coupled with a hard work ethic and now access to education, Bhattacharjee sees an optimistic future for these communities and hopefully a new generation of doctors, lawyers and teachers.

“We are encouraging the villagers not to allow their children to work, but to go to school,” he says. “These people are exceptionally hard-working and now with the help of education and a broader perspective they will have more opportunities.”

Now Bengal Rural Welfare Services aims to build on success of the project.

“We have obviously encountered great challenges as well as great success, so our aim is to slowly, step by step, continue to expand the reach of scheme across West Bengal." 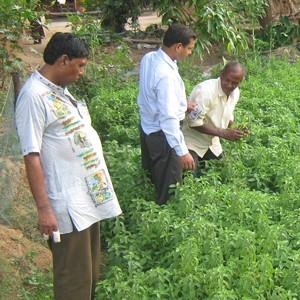