Roads to a better future in Haiti

Roads can transform lives. They can sometimes even save them.

In the remote Les Cayes Region of Haiti, a cooperative of vetiver farmers created by local partner, Agri-Supply, and global fragrance company, Givaudan, recently completed a road that connected the farmers’ three villages.

The impact was transformational.

“Before the road pregnant women had to take the boat to the hospital to give birth. It used to take days and some died before they got there,” says the cooperative’s treasurer, Eramise.

The road is perhaps the most dramatic result of the partnership between Givaudan and the Haitian farmers, a partnership forged on the sourcing of the island’s famous golden vetiver oil.

Not only was the road designed to connect farmers to the vetiver distillery as well as each other, it was created to bring together communities and open their doors to new trading opportunities with the rest of the island.

“Genuinely, the road for some is seen as a miracle,” says Agri-Supply’s president, Pierre Léger.

Without vetiver it would not have been possible.

“About 50% of the world’s vetiver comes from Haiti, it is one of the island’s most precious resources,” says Hervé Fretay, Head of Givaudan’s Fragrance Innovation Programme. “The scent is beautifully balanced and every perfumer can find something within it that they can love.”

Givaudan’s relationship with Agri-Supply began with the establishment of an agricultural cooperative of vetiver farmers in the villages of Massey, Faucault and Bazelais in 2011. The aim was simple – produce the highest quality oil for Givaudan perfumers and ensure that the community producing it benefited from the profits.

Today the cooperative has grown from just a handful of farmers to more than 300 and the programme has been declared organic and ESR (Equitable, Sustainable and Responsible) by the independent global organisation Ecocert.

Haiti is one of the poorest countries in the world and inevitably there have been challenges during the course of the project. “Farmers initially viewed the cooperative with suspicion,” says coordinator Myriam Dorimain. “But we encouraged people to sit down together and learn to promote the interests of the group not the interests of individuals.”

The support of Givaudan was critical to the cooperative’s success. “We have helped with training programmes, for example, ensuring that the vetiver roots are handled in the best manner for maximum oil yield and that they are cleaned in the field to reduce soil erosion. We have also invested in improved distillation equipment that is more efficient,” says Fretay.

But the most important aspect of the cooperative is shared benefit. By talking directly to a huge global company like Givaudan the farmers enjoy much greater security; they have a buyer and an agreed price for their crop. Through the cooperative they share best practice, resolve issues collectively and fund community projects.

“At Givaudan we recognised long ago the vulnerability of the supply chain of many naturals and realised we had to do something about it,” says Fretay. “That’s why we started similar programmes to that in Haiti around the world.”

Today the Givaudan’s Innovative Naturals programme encompasses the sourcing of sandalwood in Australia, tonka beans in Venezuela, benzoin in Laos, vanilla in Madagascar, ylang ylang in the Comoros and lavender in France.

In the Haitian region of Les Cayes Region, the impact of the programme and the road it created cannot be underestimated. “It has enabled people to take charge of their own development, their future,” says Agri-Supply’s president, Pierre Léger. 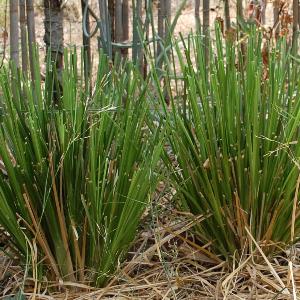