This work is to complete a dossier to address an European Union SCCS request.

IFRA invites potential participants, other than those who already answered a first request for interest, to express their interest by close of business on Friday 12 February.

More than three IFRA members have already expressed their interest, enabling us to legally begin the formation of a Consortium. 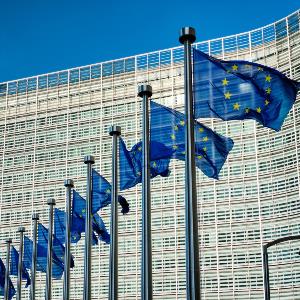 Interested parties are likely to be aware of long-standing activities to defend Acetylated Vetiver oil (AVO) for continued use in cosmetic products in Europe.

The SCCS/1599/18 Final Opinion Corrigendum of 20-21 June 2019, while confirming safe use in in cosmetic leave-on and rinse-off type products at the concentrations proposed by IFRA, could not conclude on the safe use in sprayable products.

Additional data had been shared with the SCCS (Scientific Committee on Consumer Safety) but were considered insufficient to complete the safety assessment.

In a follow up exchange in July 2020, it became clear that the remaining concern was mainly linked to potential acute local inhalation effects for AVO. Industry therefore embarked on investigating available New Approach Methodologies (NAMs) to generate experimental data that will hopefully add to the weight of evidence in assessing the safety of AVO, via inhalation exposure, as requested by the SCCS.

Given that there are no established or validated NAMs available to evaluate acute local inhalation toxicity we contacted the Commission to grant us more time for in vitro method development using benchmark substances before applying those methods directly on AVO.

An additional time period of nine months was granted by the Commission, although it is understood that this nine-month period includes the time needed for an actual in vitro testing of AVO. Therefore, carrying out the additional work on the NAMs method development and running the assay on AVO remains a challenge from a timing point of view.

Fortunately, we are in a position to align with activities of the Research Institute for Fragrance Materials (RIFM) that are currently initiated.

RIFM is going to run benchmarks with positive and negative controls on a range of three NAMs. Under the assumption that the progress of the RIFM work with the benchmarks is timely, this will serve as basis for testing AVO in one or more of the assays.

This latter step, which is outside the scope of RIFM activities, has to be financed via a Consortium. Please note that the Consortium will be fully self-financed and IFRA will support the exercise but not make any financial contribution to consortia costs.

In order to give you an estimation of the costs, as a minimum running AVO through just one of the assays is estimated to cost around €60,000. Additional testing costs may have to be considered, as well as for a consultant writing up the dossier and the project manager, leading to a rough total budget estimate of €100,000 to €140,000. These costs will be evenly split between the members of the Consortium.

This approach is in line with the very first Consortium that was set up to submit the initial SCCS dossier, which worked very well.

Please contact Matthias Vey for further information, including a copy of the IFRA Consortium Protocol.

The deadline for expressions of interest is close of business on Friday 12 February 2021.